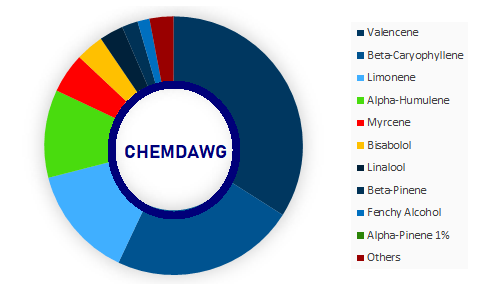 For an out of the world experience – Chemdawg is your strain. The THC content is moderate, but don’t let that fool you. It hits so fast and hard, with a mind-blowing high. Popular belief claims that Chemdawg can literally make you roll over like a dog. Does that give you an inkling of how the strain probably got its name?!

Commonly called Chem D or even Chemdog, this strain has a mysterious genetic lineage. Popular suspicion is that it may be a cross of a Nepalese or Thai landrace. Rumor has it that there was an exchange of seeds at a Grateful Dead concert, which culminated in the creation of Chemdawg. Another rumor claims that it came from a Colorado strain named Dog Bud. While we may never know the real truth of the actual lineage – we most certainly can benefit from the activities that ultimately produced this amazing strain. 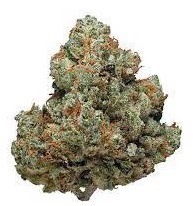 This sativa dominant hybrid has a dank earthy and woody smell with strong hints of chemical. The major terpenes in Chemdawg are caryophyllene, limonene, and myrcene. It can uplift you and put you on top of the world with a happy euphoria. Chemdawg is definitely not recommended for novices. It could send you off the edge. So new users be extremely cautious, and preferably have an experienced user with you for your first try.

The loosely packed Chemdawg buds aren’t very large, but have a thick cover of trichomes giving it a silvery appearance. It has long reddish orange pistils that weave through the buds almost like holding it together.

Users report that it enhances sensory perception making you more aware of your surroundings. Chemdawg is also known to bring out the creative genius in you, while increasing your ability to focus. Once you have Chemdawg you’re going to keep craving more. This strain literally has a cult following and holds a prominent position in the Cannabis Hall of Fame.

Users love Chemdawg for its hard hitting high and its intense flavor. Don’t miss out on this amazing experience!